Apex Legends is a free-to-play, battle royale title, set in the same universe as Titanfall, but with some major changes to the usual Titanfall gameplay. Apex debuted as the number one streamed game on twitch following a surprise release after a reveal livestream where developers discussed and presented mechanics and gameplay. Now weeks after the release Apex still pulls in enough viewers on twitch to hold the title of number one streamed game over Fortnite, so how did this happen?

I believe one of the most important elements of this event is that Apex Legends probably wouldn’t be as big as it is now if it had followed a “normal” release schedule. This schedule being, announce game, show a teaser trailer, develop game for 6+ months, release an open/closed beta, develop game for 2+ more months, then finally, release game. Most games from larger studios follow this schedule and tend to fall flat. Call of Duty: Black Ops 4 from Treyarch was expected to become the new battle royale champion after its release in October, but since then has fallen flat. Black Ops 4’s Blackout mode seemed to have plenty of development/marketing time and hype, but it fails to capture the same excitement and attention that players have for Apex Legends.

For months, it was rumored that Respawn had been working on a new unannounced Titanfall Battle Royale, but the development of the game was kept air tight until earlier this month. Players didn’t have time to build a lot of expectations about the game, which I believe contributed to it’s current success. Titanfall fans that followed the rumors were a bit disappointed when Apex Legends was revealed to not be a direct Titanfall battle royale with Titans and the usual movement mechanics, as per the number of polarizing threads on /r/titanfall. However, those who didn’t have any grandiose vision for what the game would be (the majority of the playerbase) seem to have welcomed the game with arms wide open.

There’s a lot of strategy involved in this style of release, but there’s one element that I think stands out more than others, and that’s having a finished product. Had Apex Legends released unfinished, there’s absolutely no way that it would have gained as much traction as it has. “Finished” is also a subjective state now that more developers are moving towards “live service” games or “games as a service” (GaaS) with a continuing revenue model. Apex Legends will of course receive regular updates, new character skins, new legends, potentially map redesigns, and new weapons throughout its lifespan.

Not only did Respawn release a finished game, they released a FUN game. Apex Legends seems to have taken a lot of the best mechanics of each game in the Battle Royale genre and fused them with Titanfall’s fast-paced free-flowing movement. Players expecting the same level of Titanfall mechanics will get a fraction of the free-flowing movement that Titanfall provided, but Apex Legends still does not disappoint. The characters are uniquely designed and each have their own tool kit of abilities that appeal to different playstyles, and getting a win in Apex Legends feels better than ever. As Respawn introduces new legends to the game, I believe we’ll see the game grow into something even greater. 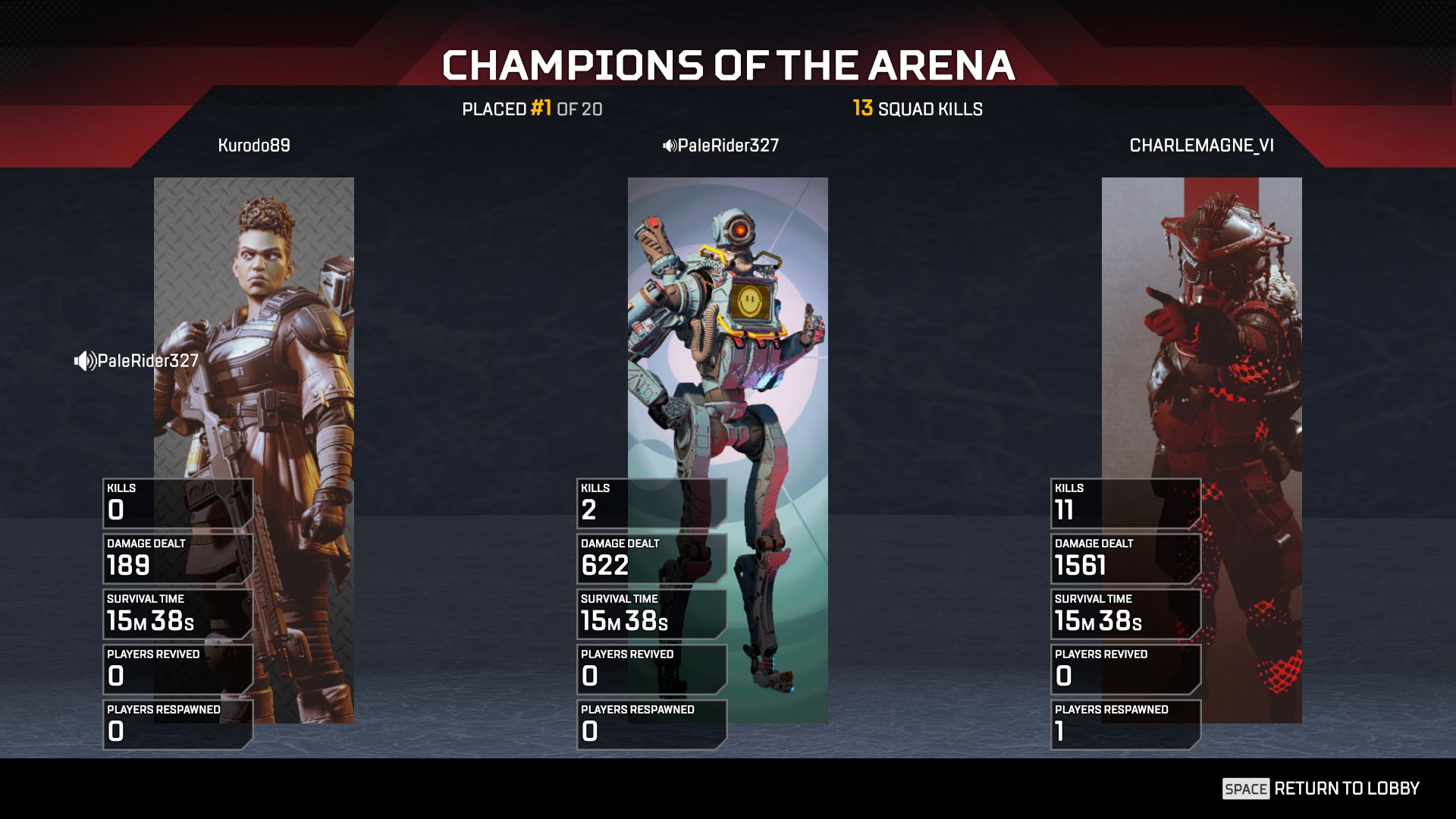 Apex Legends is raising the bar when it comes to the GaaS model that other developers need to take note of. However, all of this isn’t an overnight phenomenon, this is months/years of hard work that Respawn has put into a polished product, and it’s paid off.