Today, Riot Games’ highly anticipated, competitive FPS title Valorant entered closed beta. Originally teased as “Project A”, a “precise tactical shooter with a lethal cast of characters, set on a near-future Earth”, Valorant has come to successfully captivate the masses on Twitch. Millions of viewers tuned in on Tuesday to watch hundreds of content creator’s streams in a chance to win access to the game’s beta testing phase.

Riot is no newcomer when it comes to building successful competitive titles, their previous breakthrough title, League of Legends, is one of the biggest esports on the market with millions of concurrent players. Valorant is their newest endeavor and there has been a lot of buzz surrounding the game. Ever since the project was announced in October of 2019, players have been expressing their interest in getting involved in the game across all social media platforms. Many gamers have even gone as far as announcing their dreams for a professional career through playing the game competitively, without ever having touched the game itself yet.

Most ambitious new game titles will garner a heavy amount of hype, but Valorant seems to top the standard hype-levels. Riot is delivering a new competitive experience at a time where most esports seem to be dry or struggling to appeal to their core audiences. Their timing couldn’t be better, and I think that it is a major factor in all of this, but the main marketing point for the game so far I believe is the ability to gain access to the game through Twitch Drops. If you’re unfamiliar with Twitch Drops, the short of it is that you can earn rewards by watching certain streamers with these drops enabled for the specific game that they are playing. In Valorant’s case, Riot has incentivized viewership by rewarding viewers with beta keys. Players are scrambling to get their hands on a beta key so that they can jump into the game as soon as possible and get to fragging. Today, I’ve seen over one million concurrent viewers under the game’s category for almost a steady twelve hours. 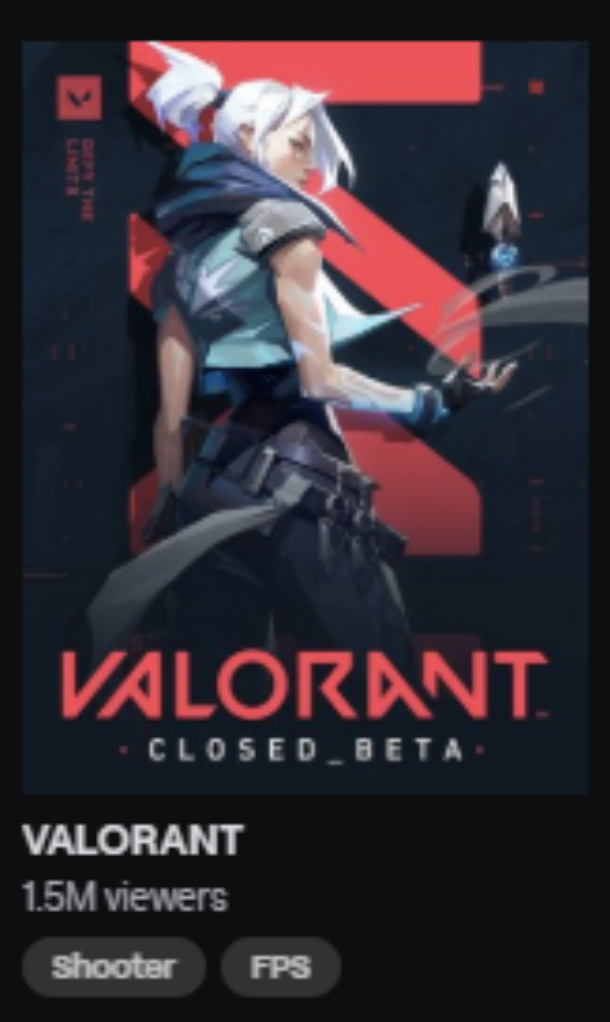 These viewership numbers are truly next-level when compared to other games in the industry. Hell, the numbers are even next-level when compared to other industries. I don’t believe there is any other medium in which marketers could recreate this sort of environment for a product. The level of attention that this game has drawn is really a unicorn example worthy of academic study of how to get consumers interested in a product. Advertisers are paying millions of dollars for short 30-second commercial slots across all mediums for often times less viewership numbers and less opportunity to convert those viewers into their sales funnel. Riot has (seemingly) effortlessly built a marketing strategy that is paying off big time.

Viewers need to watch for potentially hours on end in order to get access to a beta key, as the drops are random and not fully guaranteed, which is the main factor in the level of viewership currently. Twitch is already a popular platform and by partnering with some of the biggest streamers for these drops, Riot has effectively created a stranglehold on viewership for its game, as nobody will want to miss out on a chance to get their beta key. Some of the biggest streamers, such as Summit1G have hundreds of thousands of concurrent viewers, all looking for a chance to get a beta key drop. 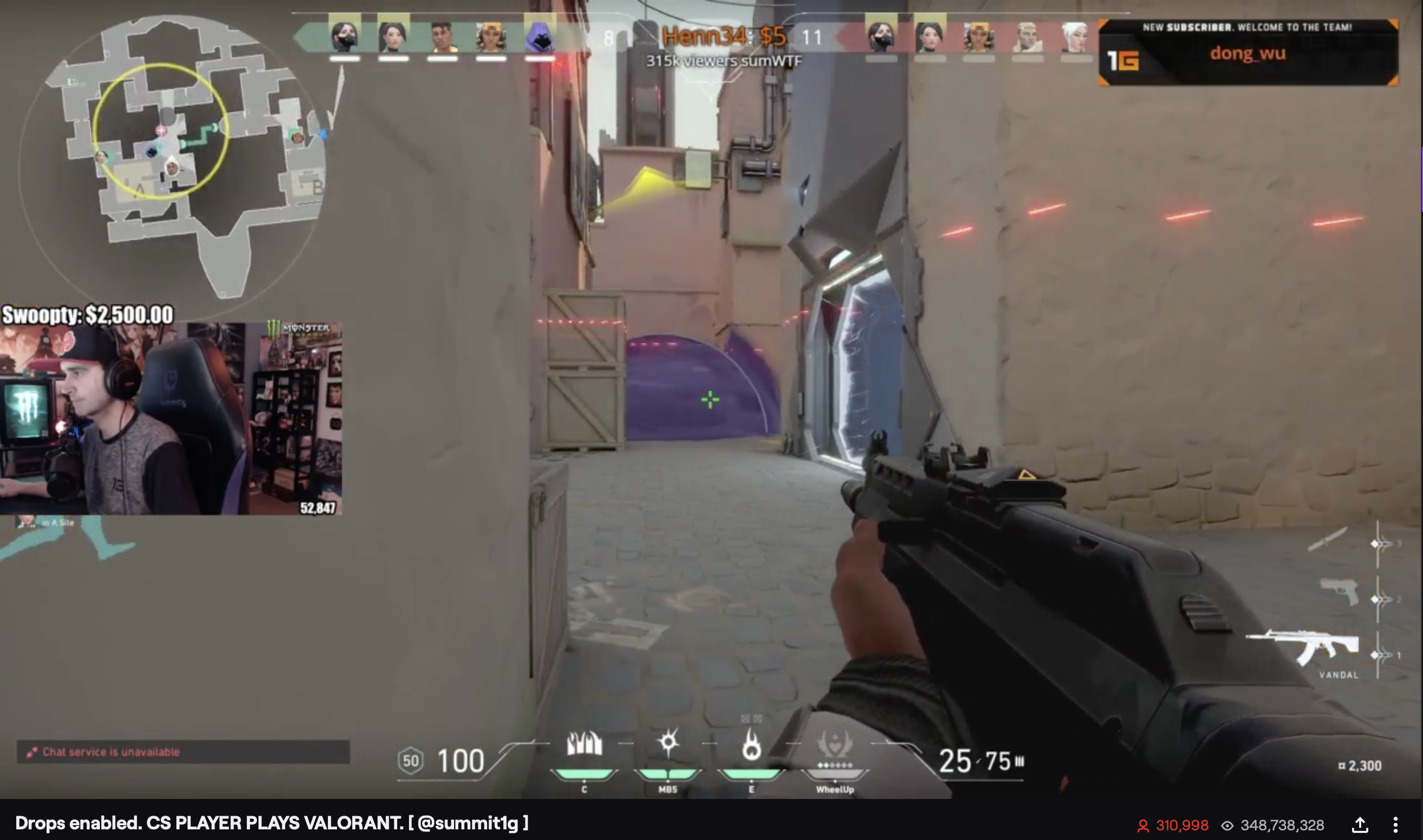 Valorant has gotten an extremely strong start today through Riot’s masterful marketing strategy, and I hope to see it do well in the future. For more information on the game check out @PlayValorant on twitter, or sign up for the beta today at https://beta.playvalorant.com/en-us/!